This medal is awarded by the President of the US to anyone in the Naval service who has distinguished himself by exceptionally meritorious service to the Government in a duty of great responsability.
The medal is in gilded bronze, bearing the American eagle in the centre, surrounded by a blue-enamelled circle bearing the words: 'United Staes of America - Navy'.
The reverse depicts Neptune's trident within a laurel wreath surrounded by a blue circle with the text 'For Distinguished Service'. The whole is surmounted by a white-enamelled star with rays issuing from between the limbs and surcharged with a gold anchor.
The ribbon has three broad stripes of equal width, two blue stripes on the either edge and a yellow in the centre. It is symbolical for the blue and gold lace uniforms of the Navy.
The medal has been bestowed upon various British Naval officers. 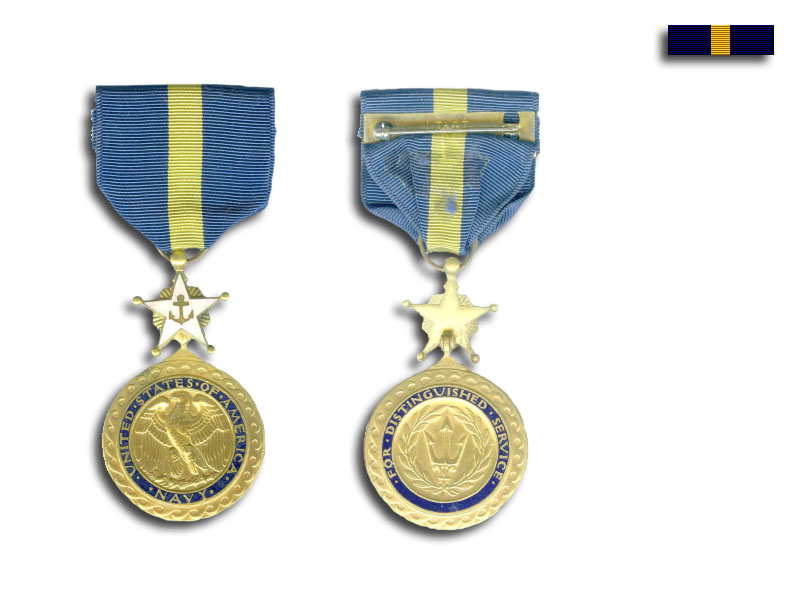