During the Second World War pressure began to mount on German cities as a result of the allied bombing campaign, and female firefighters were once again recruited into the Feuerwehr [fire defence service]. Women had served in the Feuerwehr during the First World War and had been active in this role mainly in Berlin and Breslau. German women were encouraged once again to volunteer for the fire defense service throughout the Second World War. Matilda Weyergang was just nineteen years old when she volunteered as a driver for the Berlin central Feuerwehr. She recalls:

My parents went berserk when I told them I had volunteered. They were not happy at all. 'Leave it to the men,' my father said to me. I had been in the Bund Deutscher Mädel and Landjahr so how would this be any different, I thought. I had to feel that I was doing something to help. I was fit, strong and was not scared of anything. In the past I had learned to drive tractors, cars and even motorcycles. I was competent at driving and was given a driver's job in the fire defence service. The kind of vehicle that I was in charge of was a Mercedes. It was known as the Light Fire Truck L1500S LLG. It was not a very large vehicle and was easy to drive. It had a ladder attached to the roof and a small box-type trailer would be towed from the back. The box trailer contained all of the appliances that were needed for firefighting. The vehicle could carry seven people including myself. It was not exactly fast and had a maximum speed of fifty miles per hour, though driving around city streets at that speed required concentration and skill. I began my duty in the winter of 1943. The bombings became horrendous and the dangers we all faced were very real. We were out in the thick of it as they say. My job was to get to the scene of the nearest fire as quickly as possible. High-priority buildings were to be saved first, we were told. I would drive the truck with the bombs falling all around us. Steel splinters from the exploding flak artillery rained down on us too. You could hear them landing on the roof of the truck. Pieces of these splinters could often be found afterwards lodged in the tyres. When we reached a designated fire, the men would jump out and connect the hoses and begin to fight the fires. All the time bombs were falling and exploding around us and steel fragments fell from the sky. You had to wear protective helmets. If a steel splinter hit your head without you wearing a helmet it could kill you easily. I found it frustrating just pulling up and letting the men do all the work while I sat in the driver's seat. Against the rules, I often jumped out and began helping them, or watching their backs as they worked. These men were some of the bravest I have ever met in my life. We were all in the frontline, out in the thick of it day after day and night after night. We could have been killed in an instant and we lived with that.

One thing that stands out in my mind was after one particularly bad raid on Berlin. We had been out all night fighting fires in the city. By dawn many fires were still raging. but we had managed to put many of them out or get them under control. There was this building that I went into. Inside were the charred remains of two children and a woman. They had huddled together and the smoke had probably killed them long before the fire incinerated them [...] I went out through the back into a long passage way and saw something moving ahead of me. As I got closer I could see it was someones pet cat. Its pitiful cries filled me with sadness. I coaxed the frightened animal to me and, when I picked it up, it gripped me like a terrified child might. Its eyes were wide with terror and it was trembling. There was no way I could leave it behind in this hell. I carried the cat back through the house and put it in the foot well of the truck where it stayed without moving. When the men climbed back in the truck they asked what it was and I told them 'It's a cat and its mine now.' They probably thought I was mad, but they didn't try and stop me or anything. When I got home later that day I brought the cat in and straight away my brothers and sisters crowded round to fuss over it. I gave it some food and some water and checked it for any injuries. Apart from some slightly burned fur he was fine. When I went up to bed the cat followed me and slept on my bed with me. Whenever I was home the cat would follow me everywhere I went. Do you know that cat lived for over sixteen years with me? When he died I was distraught and felt as if I had lost a family member, or a part of me. It was one of the good memories of my time with the fire defence service.

Most of the memories are of death; seeing my friends die, burned bodies of men, women and children and little babies. We often found whole families dead in their cellars. They had been trapped down there. The fire took away their oxygen and that, combined with the smoke, was the main killer. By the time the flames and the heat had burned them they were, mercifully, dead. Those who had burned to death often had the grimace of pain etched into their faces. They were like the dead but still screaming out. The children were the worst sights. Seeing them clinging to their mothers who had tried to protect them, those were the nightmares I had in the years afterwards. Terrible dreams night after night. Bodies were often reduced to carbon, so that when you tried to move them, bits would break off in your hands. I married after the war, but we soon separated as my husband could not deal with me. He tried his best to understand and support me, but I suffered such terrible mood swings and after just one year he left. We remained friends up until we divorced but from then on I lived alone. It's the curse I carried from the days when our city burned.

flak
Flieger-/Flugabwehrkanone. German anti-aircraft guns.
heat
High-explosive anti-tank warhead. Shaped charge projectile to punch through armour. Used in e.g. bazooka or in the Panzerfaust.
mine
An object filled with explosives, equipped with detonator which is activated by either remote control or by colliding with the targeted object. Mines are intended to destroy of damage vehicles, aircrafts or vessels, or to injure, kill or otherwise putting staff out of action. It is also possible to deny enemy access of a specific area by laying mines.
raid
Fast military raid in enemy territory 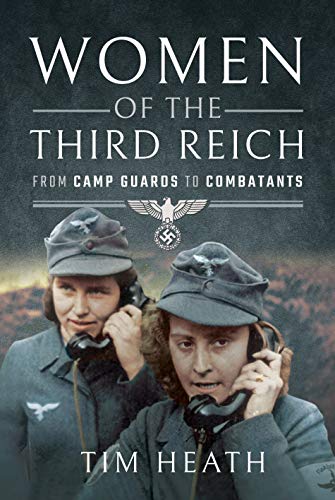