George Wilson served in the 7th Battalion, Seaforth Highlanders, 15th (Scottish) Infantry Division. In October 1944, his division was involved in the liberation of Tilburg. After that liberation it was send to the east, into an area in the Netherlands called 'De Peel'. This region was used to extract a lot of peat for fuel and has a lot of canals and swampy areas. On the 27th of October, German forces launched a counter-attack in this area defended by the 7th US Armored Division. The division was stretched on a long front and couldn't cope with the German attack. The 15th Scottish Division was rushed from Tilburg to help with countering the attack. This is where George Wilson picks up the story: 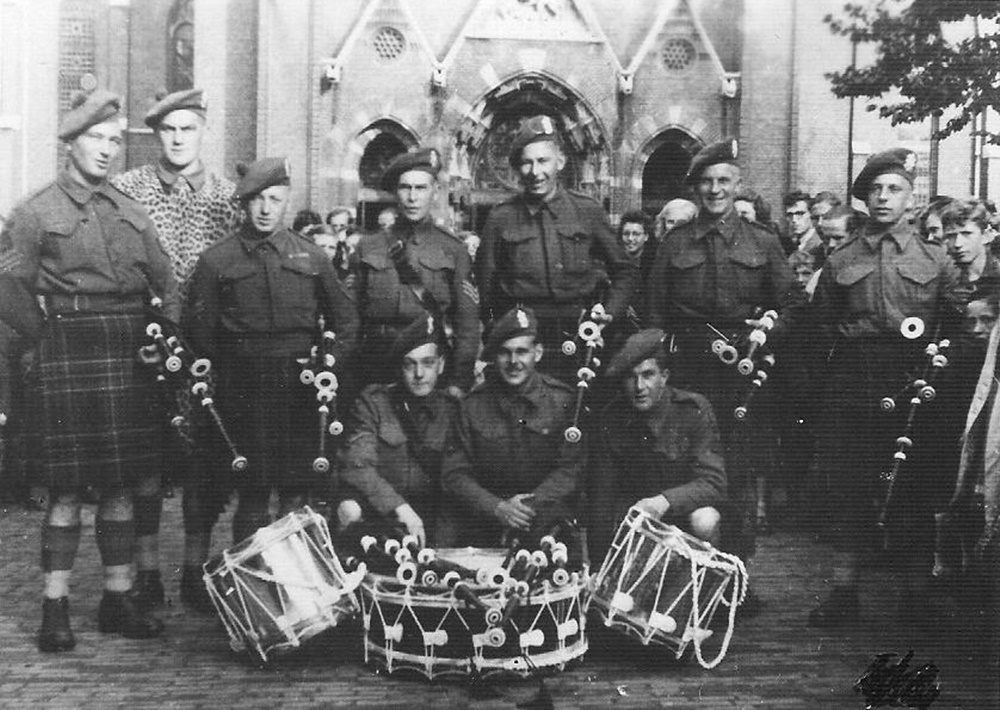 George Wilson on the far left of the photo. He is standing before the Saint George Church in Eindhoven. Source: Ad Hermens.

On the night of the 27th and 28th October, the 15th Scottish Division was still in Tilburg. The Germans had attacked and taken Meijel. The 7th U.S. Armored Division was pushed back. The Germans were on this road from Liessel to Deurne and on the other one to Asten. The Second Army Headquarters started to leave Helmond because the Germans were only 13 miles from Helmond. They had bypassed Liessel but the Americans were still fighting hard.

On the 28th of October the 227th (Highland) Infantry Brigade, containing the 10th Highland Light Infantry, 2nd Gordon Highlanders and 2nd Argyll and Sutherland Highlanders was send to Heeze to help stop the Germans from getting to Asten. The Germans were bombing Asten. On the 29th the remainder of the 15th Scottish were on their way to Helmond from Tilburg. The 46th (Highland) Infantry Brigade was diverted to Deurne as the Germans were only two miles from that place.

I remember leaving Tilburg, we went passed the monastery  where the beer is made  the road is straight at that point. Then when you think you are going to go through the main gates, you turn sharp left. As I was with B echelon, we were last to leave. So there was no hurry, we had to stay off the roads that the mainstream traffic was on. That is how we went through Heeze on the way to Asten. That was when we were billeted in the Stekelenburg House  part of our B echelon was in Someren and that was how I knew the Hurkmans family. 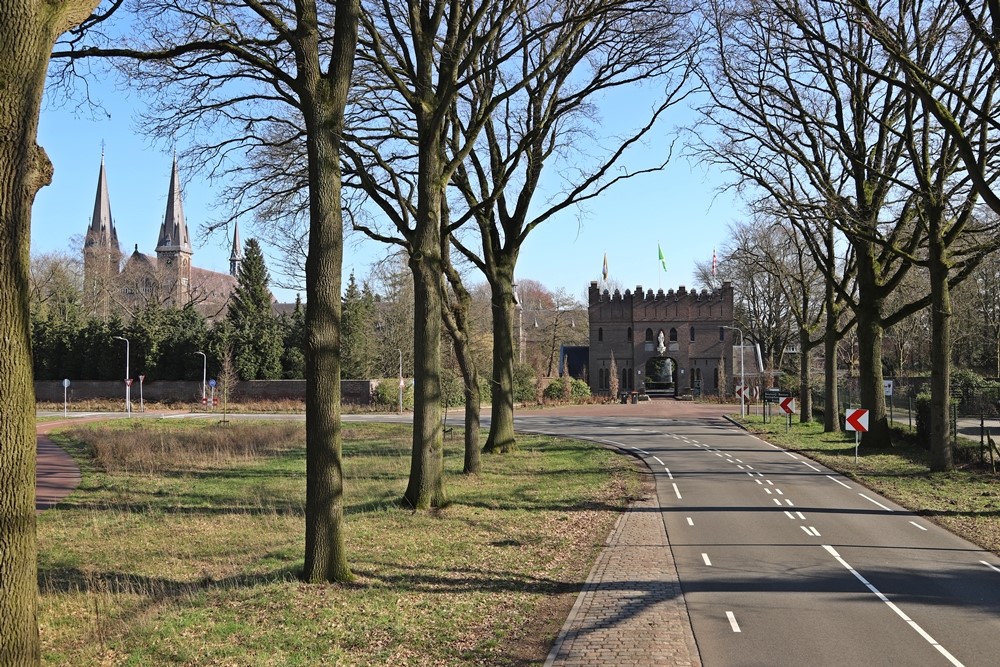 The monastery remembered by George Wilson was the Koningshoeven Abbey in Berkel-Enschot, near Tilburg. Its is on the old road from Tilburg to Eindhoven. Source: Jeroen Koppes.

The sketch from the notes of George Wilson with a historical map of the area around the monastery. Tilburg is on the left, Eindhoven on the right. Source: Ad Hermens & Jeroen Koppes.

According to a book on the 15th Scottish Division on the 29th October at about 6 a.m., that morning the divisional commander had met the commander of the 8th Corps and the 7th U.S. Armored Division at Someren. So the 15th Scottish had to take up positions to guard the withdrawal of the Americans. Then they had to try and force the Germans back beyond Meijel.

The 15th (Scottish) Infantry Division stayed in the 'De Peel' area until the latter part of November. It took part in operation Nutcracker at the end of the month, clearing the area till the Meuse River.

Stekelenburg House in Asten is a bit hard to figure out. It might be the house near the 'De Oostenwind' mill, which was milled by the Van Stekelenburg family. Or it might be the houses where the family lived at the current Burgemeester Wijnenstraat 98 and 100 in Asten. The mill was used as an aid station for wounded American soldiers in the area.

Brigade
Consisted mostly of two or more regiments. Could operate independently or as part of a division. Sometimes they were part of a corps instead of a division. In theory a brigade consisted of 5,000 to 7,000 men.
Division
Military unit, usually consisting of one upto four regiments and usually making up a corps. In theory a division consists of 10,000 to 20,000 men.
front
Largest Soviet ground formation. It was attached to a certain area which gave its name to the units involved. For instance the Voronezh front.
Infantry
Foot soldiers of a given army. 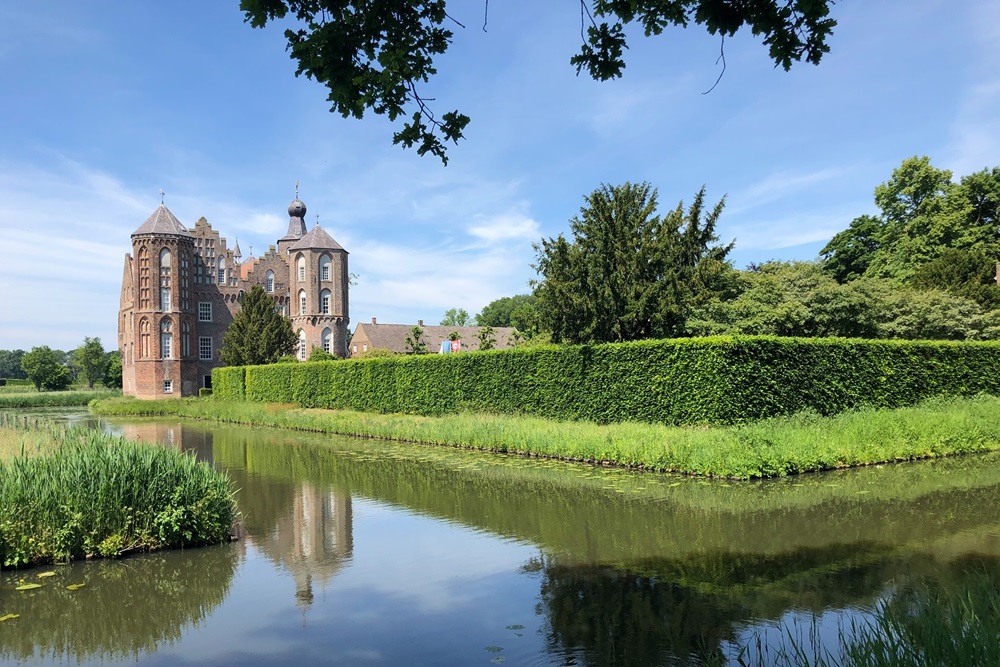 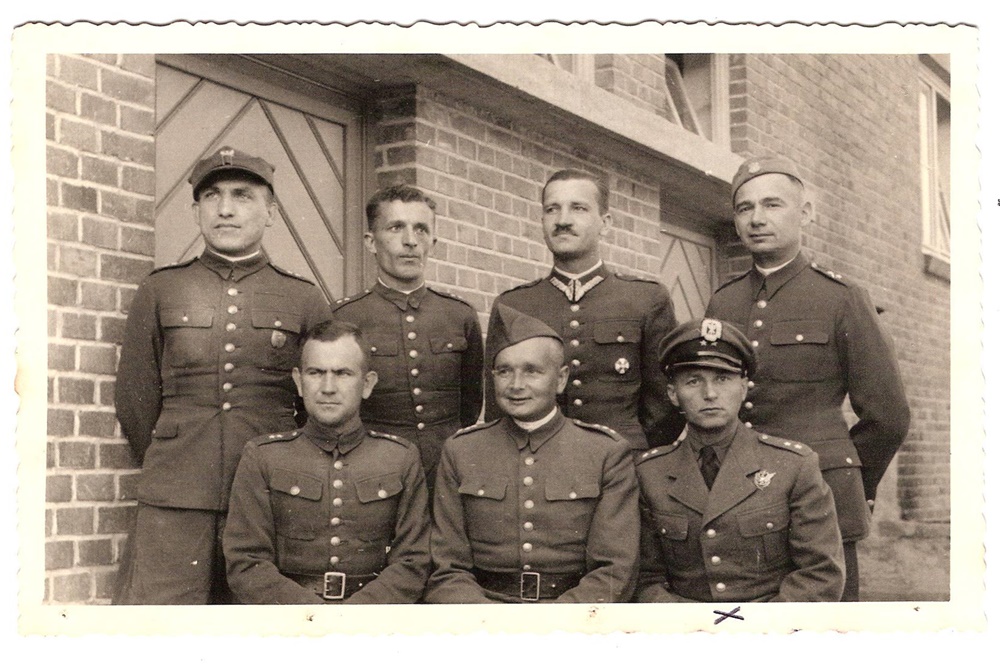 In memory of a Polish prisoner of war

Na pamiatke od polskiego jenca wojennego  In memory of a Polish prisoner of war, that's what Lieutenant Franciszek Bodzioch wrote to Mrs. Woerdeman on March 11, 1942. Across it a stamp with Geprüft Oflag II E 15. The card had passed censorship.