The medale measures 33 mm in diameter and is made in bronze. The obverse shows the Norwegian National Shield surrounded by the date of the German occupation of Norway (9 APRIL 1944  8 MAI 1945). On the reverse the Norwegian Royal flag is shown with the Norwegian state flag and the Merchant flag in a circle above the inscription DELTAKER I KAMPEN, meaning Participant in the fight/war.

The medal was only once presented. Additional decorations could be awarded, but were received as a rose-button for on the ribbon of the first medal. The maximum amount that could be awarded to a person was three times. 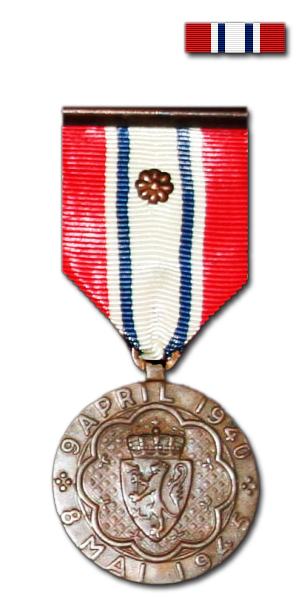