The "Znak Hrvatska Pomorska Legija" was instituted on June 28th, 1942. It was to be awarde to members of the Croatian Naval Legion, both Croatian and foreigners, when having served for over two months at the Eastern Front.

The badge was oval shaped and formed by a Tilia ring with the inscription "HRVATSKA POMORSKA LEGIJA". Wihtin the ring and ancre with ancrechain was placed with at the acre's tip the year "1941". On this a Croatian coat of arms was placed.
The badge is known in two variants and could be pinned by a viriety of pinn's. It was manufactured by the Firm Braæa Knaus from Zagreb and was to be worn on the left breast pocket. 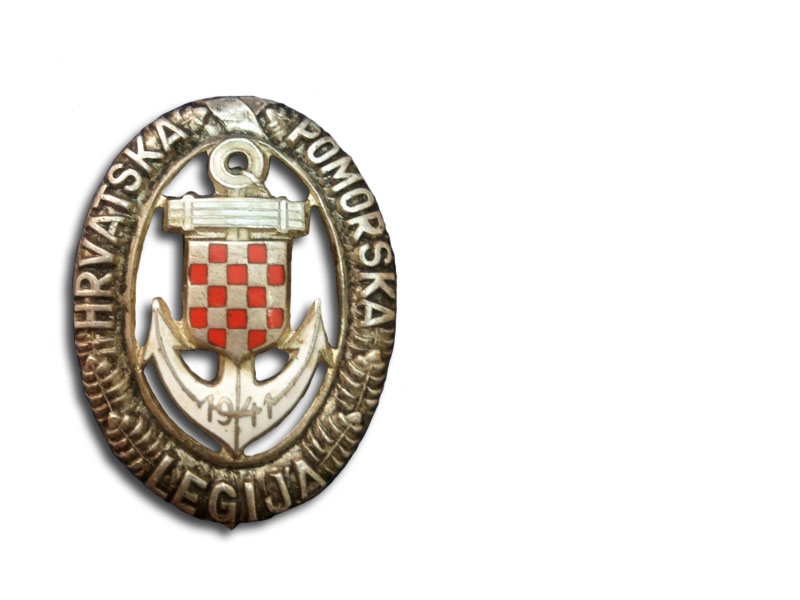