The Mecklenburg Militärverdienstkreuz was instituted on August 5th, 1848 by Grand duke Friedrich Franz II of Mecklenburg-Schwerin for the war with Danmark.
Originally it was instituted with only one class, hanging from a ribbon. It was not before 1870 when two classes were instituted.
Eventually the decorations consisted of two classes and could be awarded to any military, regardless of their rank.
The era/war it was awarded for was depicted by the different years on the lower arm of the cross. This way variations can be found in order of date: 1848, 1849 (First war of Schleswig and oppression of the German Revolution), 1859 (2nd Italian War of independence), 1864 (German-Danish War), 1866 (Austrian-Prussian War), 1870 (French-Prussian War), 1877 (Russian-Turkish War), 1900 (Boxer Rebellion), undated version (colonial wars at the beginning of the 20th century) and 1914 (First World War). 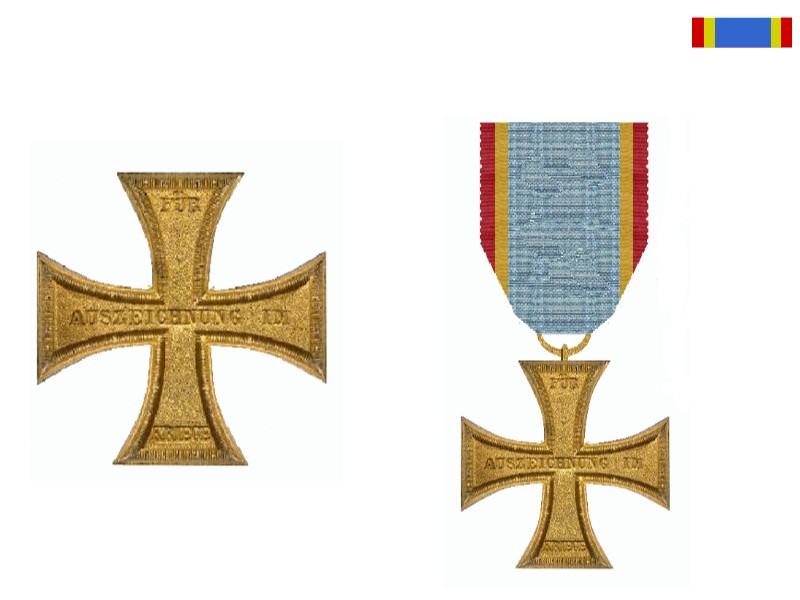