George Kenney attended three years at Massachusetts Institute of Technology before WWI. During the war he was credited with 2 aerial victories. During WWII he commanded the famed 5th Air Force in the Pacific. After that war he went on to command the Strategic Air Command as well as the Air Force's Air University at Maxwell Field, AL. After his retirement as a four-star general, he hosted a documentary television series about military air power.

The President of the United States of America, authorized by Act of Congress July 9, 1918, takes pleasure in presenting the Silver Star to First Lieutenant (Air Service) George Churchill Kenney (ASN: 0-8940), United States Army Air Service, for gallantry in action while serving as a Pilot with the 91st Aero Squadron, American Expeditionary Forces, in action near St. Mihiel, France, 15 September 1918, while on a photographic mission.

The President of the United States of America, authorized by Act of Congress, July 9, 1918, takes pleasure in presenting the Distinguished Service Cross to First Lieutenant (Air Service) George C. Kenney, United States Army Air Service, for extraordinary heroism in action while serving with 91st Aero Squadron, U.S. Army Air Service, A.E.F., near Jametz, France, 9 October 1918. First Lieutenant Kenney gave proof of his bravery and devotion to duty when he was attacked by a superior number of aircraft. He accepted combat, destroyed one plane and drove the others off. Novembers, he continued his mission and enabled his observer to secure information of great military value.
General Orders No. 13

Citation:
"Lieutenant General George Churchill Kenney (ASN: 0-8940), United States Army Air Forces, was awarded a Bronze Oak Leaf Cluster in lieu of a Second Award of the Distinguished Service Cross for extraordinary heroism in connection with military operations against an armed enemy while serving as Commanding General of the FIFTH Air Force, in aerial combat against enemy forces from 23 July 1942 through 8 January 1943, in the Southwest Pacific Area. Lieutenant General Kenney's gallant leadership and heroic actions are in keeping with the highest traditions of the military service and reflects great credit upon himself, the 5th Air Force, and the United States Army Air Forces."
GO 5 1943 GHQ South West Pacific Area

General Orders No. 53 (Bronze Oak Leaf Cluster in lieu of a Second Award of the Army Distinguished Service Medal) 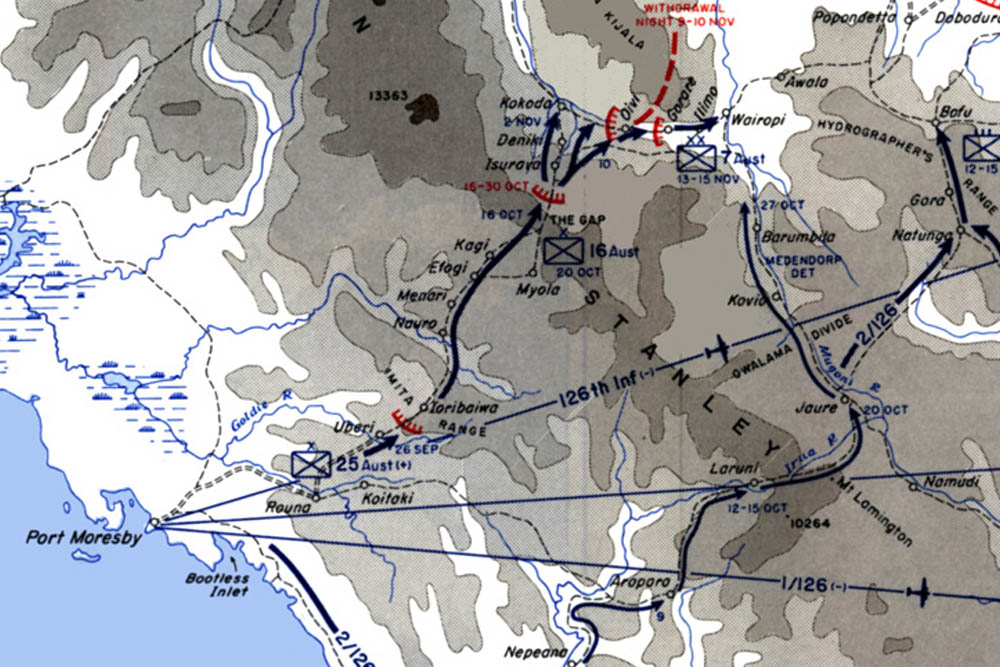