"For extraordinary heroism, outstanding courage, gallantry in action and distinguished service in the line of his profession, as commanding officer of the U.S.S. Houston during the period 4 to 27 February 1942, while in action with superior Japanese enemy aerial and surface forces. While proceeding to attack an enemy amphibious expedition, as a unit in a mixed force, Houston was heavily attacked by bombers; after evading 4 attacks, she was heavily hit in a fifth attack, lost 60 killed and had 1 turret wholly disabled. Capt. Rooks made his ship again seaworthy and sailed within 3 days to escort an important reinforcing convoy from Darwin to Koepang, Timor, Netherlands East Indies. While so engaged, another powerful air attack developed which by Houston's marked efficiency was fought off without much damage to the convoy. The commanding general of all forces in the area thereupon canceled the movement and Capt. Rooks escorted the convoy back to Darwin. Later, while in a considerable American-British-Dutch force engaged with an overwhelming force of Japanese surface ships, Houston with H.M.S. Exeter carried the brunt of the battle, and her fire alone heavily damaged 1 and possibly 2 heavy cruisers. Although heavily damaged in the actions, Capt. Rooks succeeded in disengaging his ship when the flag officer commanding broke off the action and got her safely away from the vicinity, whereas one-half of the cruisers were lost."
Posthumously awarded.

Recommendation:
He has distinguished himself in combat against the enemy by performing eminent acts of tact and courage in his capacity of commander of the American cruiser U.S.S. Houston:
1. when U.S.S. Houston was part of an Allied flotilla under Dutch command, operating in the Sea of Java, ultimately deployed to attack a Japanese invasion fleet heading for Java; in previous engagements with squadrons of bombers and subsequently in day and night actions on February 27, known as the battle of the Sea of Java, having courageously and tactfully directed the battle actions of U.S.S. Houston against superior Japanese forces in such a way that the vessel, although damaged by hostile gun fire that set one of the heavy gun turrets ablaze during one of the bombing attacks, was able to take part in the ensuing fights, inflicting serious damage to the enemy;

2. On February 28 having left the port of Tandjong Priok aboard H.M.A.S. Perth after having been ordered to reach Tjilatap via the Sunda Strait and off Bantam Bay having encountered by chance enemy war vessels protecting an invasion and, being surrounded, having courageously engaged this invasion fleet with H.M.A.S. Perth in the bay itself resulting in the sinking of four large vessels, important to the Japanese operation. Subsequently for having engaged the superior enemy battle fleet which had been closing in meanwhile and fighting this unequal battle to the last, in the end going down with his ship and the majority of her crew.
Royal Decree no.35 Awarded posthumously 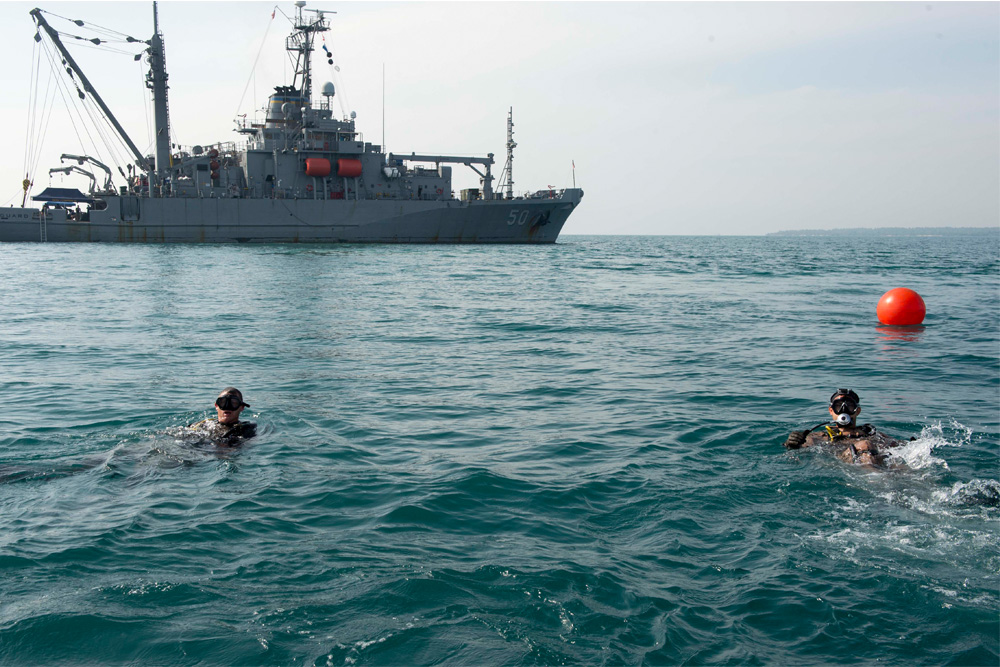