Citation:
"In Burma, on the afternoon of 2ist March, 1945, Lieutenant Raymond was second-incharge of a small patrol, which was acting in conjunction with a larger detachment of a special force, whose objective was to obtain information and create a diversion in the area of Taungup, by attacking and destroying isolated enemy posts some 40 miles in advance of an Indian Infantry Brigade, pushing down the road from Letpan to Taungup.
The patrol was landed on the south bank of the Thinganet Chaung, an area known to be held by numerous enemy strong points and gun positions, and marched about five miles inland. As they were nearing the village of Talaku and moving across an open stretch of ground, they were heavily fired on from the slopes of a jungle covered hill by a strongly entrenched enemy detachment. Lieutenant Raymond immediately charged in the direction of the fire. As he began to climb the hill he was. wounded in the right shoulder, but he ignored this wound and continued up the slope firing his rifle from the hip. He had advanced only a few yards further, when a Japanese threw a grenade which burst in his face and most severely wounded him. He fell, but almost immediately picked himself up again, and, in spite of loss of blood from his wounds, which later were to prove fatal, he still continued on, leading his section under intense fire. He was hit yet a third time, his wrist being shattered by what appeared to have been an explosive, bullet. In spite of this third wound, he never wavered, but carried on into the enemy position itself and, in the sharp action which followed, was largely responsible for the killing of two Japanese and the wounding of a third The remaining Japanese then fled in panic into the jungle, thus leaving the position in our hands, together with much equipment. The position itself was strongly fortified by foxholes and small bunkers and would have proved extremely formidable had not the attack been pressed home with great determination under the courageous leadership of Lieutenant Raymond.
Several other men were wounded during the action and Lieutenant Raymond refused all treatment until they had been attended to, insisting despite the gravity of his injuries, on walking back towards the landing craft in case the delay in treating his wounds and carrying him should endanger the withdrawal of the patrol. It was not until he had walked nearly a mile that he collapsed and had to allow himself to toe carried on an improvised stretcher. Even then he was continually encouraging the other wounded by giving the thumbs up sign and thus undoubtedly helping them to keep cheerful and minimize the extent of their injuries until the landing craft was reached.
Soon after he died of his wounds.
The outstanding gallantry, remarkable endurance and fortitude of Lieutenant Raymond, which refused to allow him to collapse, although mortally wounded, was an inspiration to everyone and a major factor in the capture of the strong 'point. His self-sacrifice in refusing attention to his wounds undoubtedly saved the patrol, by allowing it to withdraw in time before the Japanese could bring up fresh forces from neighbouring positions for a counter attack."
Lieutenant Claud Raymond's Victoria Cross is on public display at the Royal Engineers Museum in Chatham, Great Britain. 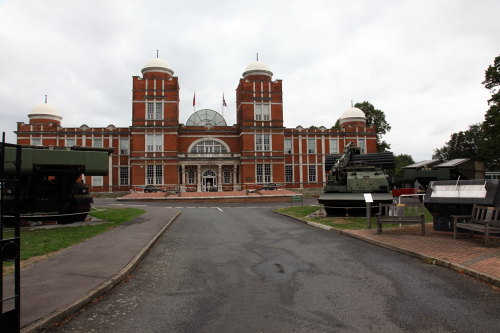