Robert Alber commanded the I./Panzer-Regiment 201 during the summer of 1943. During the first part of the battle for the Mius, on the 30.07.1943, Alber was ordered to take a Kampfgruppe with both Panzers and reconnaissance units and launch a counterattack towards the north. His Panzer was soon knocked out, but he boarded another one and continued the attack. Disregarding the threats to his exposed battlegroup from the flanks and rear, they reached the village of Garany.

Here his Panzer received two anti-tank gun hits and Alber was wounded in the right hand, but he remained in the fight and even managed to defeat 3 Soviet anti-tank gun positions with his damaged vehicle. By 11:30 the village was secured, and Alber launched an attack back towards the south in order to encircle the enemies theyd bypassed. Thus, a mere 10 minutes later, contact was made with the 16th Pz.Gr. Division at Hill 196.0 (1 km south of Garany), and the ring was secured. Elements from 6 Soviet rifle divisions were trapped, and by the time of the battles conclusion the Soviets had lost 4193 prisoners, 52 anti-tank guns and 35 other artillery pieces.

Alber was presented with the Knights Cross shortly afterwards for this major tactical achievement. 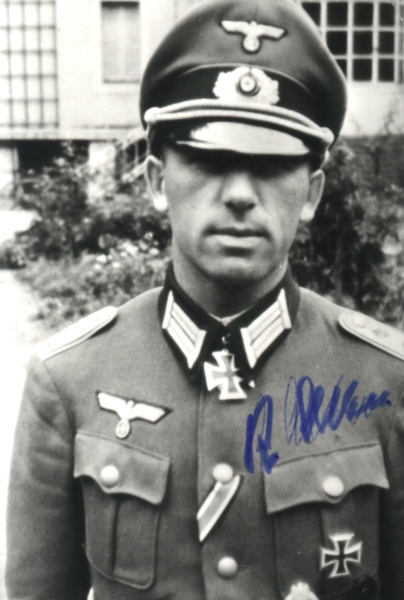