Jubilee Medal "20 Years of the Soviet Army and Navy"

Major General Ivan V. Davydov showed outstanding commander's qualities and personal heroism in the course of the Berlin offensive operation. When the Soviet troops launched the offensive on 16 April 1945, he was in the most important areas of the battle and skillfully pressed on the breakthrough of enemy defenses. He supervised the corp's approach of Berlin and the crossings of numerous rivers and canals. Thanks to his skill and commitment, the corps retained high rates of advancement and force. He personally lead the corps in the storming of Potsdam, where he heroically died on 26 April 1945." 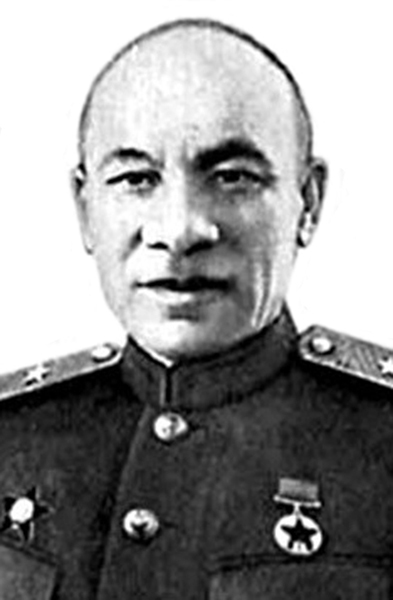