"The President of the United States of America, authorized by Act of Congress July 9, 1918, takes pleasure in presenting the Silver Star to First Lieutenant William E. Lynd (ASN: 0-5156), United States Army Air Service, for gallantry in action while serving with the 135th Aero Squadron, American Expeditionary Forces, over Essey, France, 25 August 1918. Lieutenant Lynd with Lieutenant Walter M. Jagoe, pilot, while on a mission to photograph the enemy line from Montsee to Vie-ville-en-Haye, with two protection planes, was pursued by an enemy formation of seven pursuit planes. One of the protection planes was seen to be in difficulty, the controls being damaged and the observer being seriously wounded. Going to the assistance of this plane, Lieutenant Lynd and his pilot succeeded in driving off the enemy, although the injured plane crashed behind our lines. His mission not being completed, Lieutenant Lynd returned to the field, secured new photographic plates, and with the one protection plane again endeavored to fulfill his mission. On arriving over the lines he was met by an enemy patrol of five pursuit planes and driven back over the allied lines three times. When not having sufficient gas to continue, he was forced to return. Securing another plane and pilot, Lieutenant Lynd endeavored the third time to complete his mission, but after attaining the necessary altitude, it was too late in the day to properly photograph the terrain."

"The President of the United States of America, authorized by Act of Congress, 20 July 1942, takes pleasure in presenting a Bronze Oak Leaf Cluster in lieu of a Second Award of the Legion of Merit to Brigadier General [then Major General] William E. Lynd (ASN: 0-5156), United States Army Air Forces, for exceptionally meritorious conduct in the performance of outstanding services to the Government of the United States from July 1943 to July 1944."
War Department, General Orders No. 95
--
Second LoM received as Bronze Oak Leaf Cluster

"The President of the United States of America, authorized by Act of Congress, July 2, 1926, takes pleasure in presenting the Distinguished Flying Cross to Brigadier General William E. Lynd (ASN: 0-5156), United States Army Air Forces, for extraordinary achievement while participating in an aerial flight near Wewak, New Guinea, on 13 March 1943. As command pilot of a bombing airplane, Brigadier General Lynd attacked an enemy convoy in a bombing run at extremely low altitude, first destroying an enemy tanker and subsequently scoring direct hits on a transport, causing it to explode and burst into flames. General Lynd's personal courage and coolness under enemy fire contributed materially to the unusual feat of sinking two enemy ships in a single bombing run. His devotion to duty and courage under all conditions serve as an inspiration to his fellow flyers. His actions reflect the highest credit upon himself and the Armed Forces of the United States." 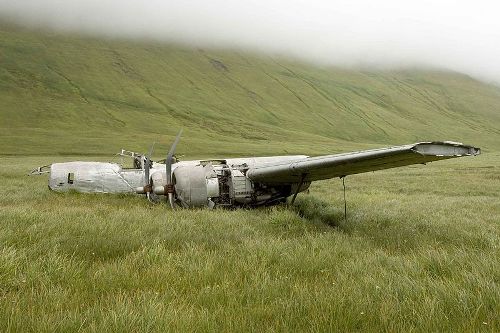