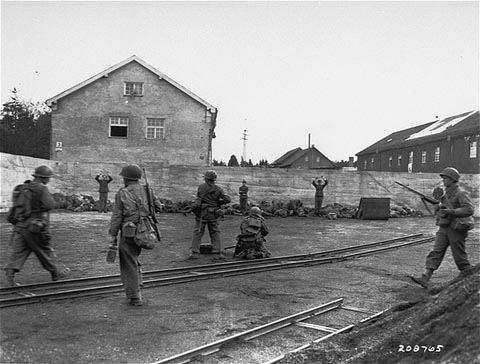 On April 29th, 1945, the Dachau concentration camp (KZ Dachau) was liberated by units of the US Seventh Army. Units of the 42nd "Rainbow" Infantry Division and 45th "Thunderbird" Infantry Division were involved in the liberation of the camp but it remains uncertain which unit reached the camp first and liberated it. It is not only the matter of which unit liberated KZ Dachau that remained controversial; during and immediately after the liberation, an unknown number of captured guards were executed or lynched by liberated prisoners and US infantrymen, without trial. The exact reason for this and the number of those killed remain unclear.