Established in 1930. Re-established in 1985 by the Polish President in exile in London; Juliusz Nowina-Sokolnicki to comemmorate the 40th anniversary for the victory over Nazi-Germany. They were meant as a continuation of the pre-war Cross and Medal of Indipendence (Kryz/Medal Niepodleglosci) to be bestowed upon those that participated in the struggle for an independent Poland with the Western Allies or in the Polish underground, of after the war in the resistance against the Soviet domination. The bestowal of the decoration was in 1989 given over to the Association of Underground Armed Forces 1944-1956 in Lodz. 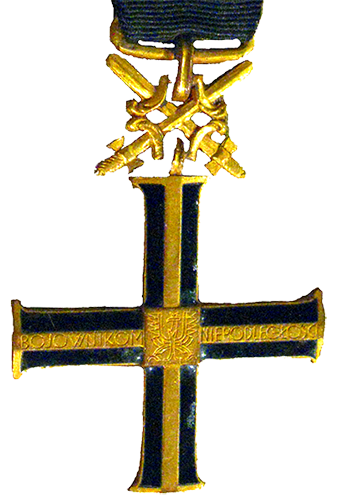