"For extraordinary heroism as Commanding Officer of Regimental Combat Team Twenty-Four, FOURTH Marine Division, in action against enemy Japanese forces during the attack on Roi-Namur Island, Kwajalein Atoll, 1 and 2 February 1944. Landing when the assault troops had advanced only one hundred yards from the beach, Colonel Hart fearlessly led his combat team against heavy enemy resistance in a crushing attack toward its first objective. After repelling numerous counterattacks during the night, he skillfully reorganized his depleted units and effected a coordinated assault the next morning, rapidly overcoming all remaining opposition and exterminating a large force of determined and fanatical Japanese. By his valiant performance of duty and outstanding leadership throughout this perilous assignment, Colonel Hart inspired all with whom he served and upheld the highest traditions of the United States Naval Service."
Commander in Chief Pacific Forces: Serial 2788

"For exceptionally meritorious conduct in the performance of outstanding services to the Government of the United States in the Pacific Theater of Operations during the period from 15 June through 2 August 1944."
w/ "Combat V" 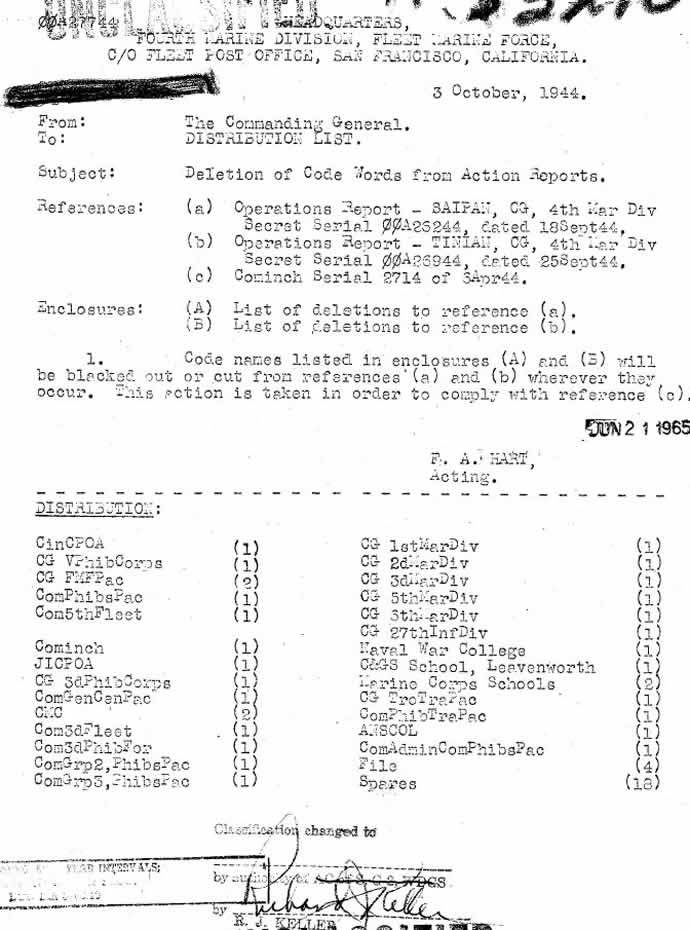