Buried at the US Naval Academey Cemetery, Annapolis, Maryland.

"For distinguished service in the line of his profession as Assistant Chief of Staff of the Atlantic Fleet during World War I."

"For exceptionally meritorious and distinguished service in a position of great responsibility to the Government of the United States, as Officer in charge of the salvaging of the U.S.S. S-51, from 16 October 1925 to 8 July 1926."

"For exceptionally meritorious and distinguished service in a position of great responsibility to the Government of the United States as Commanding Officer of the Salvage Force entrusted with the raising of the U.S.S. S-4, sunk as a result of a collision off Provincetown, Massachusetts, 17 December 1927. Largely through his untiring energy, efficient administration and judicious decisions this most difficult task, under extremely adverse conditions, was brought to a prompt and successful conclusion."
Second DSM Navy received as Gold Star attached on the ribbon of the first medal.

"For exceptionally meritorious and distinguished service in a position of great responsibility to the Government of the United States as Commander in Chief of the United States Fleet from 20 December 1941, and concurrently as Chief of Naval Operations from 18 March 1942 to 10 October 1945. During the above periods, Fleet Admiral King, in his dual capacity, exercised complete military control of the naval forces of the United States Navy, Marine Corps, and Coast Guard and directed all activities of these forces in conjunction with the U.S. Army and our Allies to bring victory to the United States. As the United States Naval Member of the Joint Chiefs of Staff and the Combined Chiefs of Staff, he coordinated the naval strength of this country with all agencies of the United States and of the Allied Nations, and with exceptional vision, driving energy, and uncompromising devotion to duty, he fulfilled his tremendous responsibility of command and direction of the greatest naval force the world has ever seen and the simultaneous expansion of all naval facilities in the prosecution of the war. With extraordinary foresight, sound judgment, and brilliant strategic genius, he exercised a guiding influence in the Allied strategy of victory. Analyzing with astute military acumen the multiple complexity of large-scale combined operations and the paramount importance of amphibious warfare, Fleet Admiral King exercised a guiding influence in the formation of all operational and logistic plans and achieved complete coordination between the U.S. Navy and all Allied military and naval forces. His outstanding qualities of leadership throughout the greatest period of crisis in the history of our country were an inspiration to the forces under his command and to all associated with him."
Third DSM Navy received as second Gold Star attached on the ribbon of the first medal. 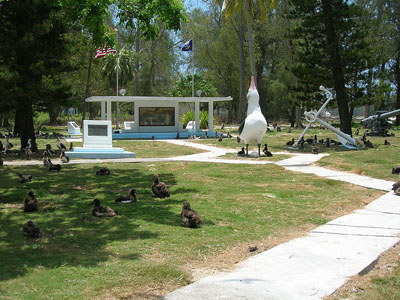