James Edgar (Johnnie) Johnson was born at Barrow-upon-Soar, Leicestershire, England, on 9th March, 1916. He was educated at Loughborough School and Nottingham University, where in 1937 he qualified as a civil engineer. Before the war he worked as a civil engineer and also applied to join the Auxiliary Air Force. But, unknown to him, a broken collarbone sustained while playing rugby had not properly set, and his application was turned down. Undaunted, he enlisted in the Leicester Yeomanry, TA.

With war clouds gathering, however, he was able to join the RAF Volunteer Reserve for weekend training. In August 1939 he was called up and after gaining his wings was first posted to No. 19 Squadron. But No. 19 was far too heavily involved in the Battle of Britain to absorb a 'rookie' pilot. Johnson was therefore sent to 616 Squadron, Auxiliary Air Force, which was not in the thick of the air fighting at that time. Johnson's injury, which had been exacerbated by an accident during training, now began to plague him afresh. With his shoulder and arm often in excruciating pain he found flying extremely difficult. Opting to have an operation to correct the condition, he returned to the squadron in December, too late to participate in the battle of England, but was to gain valuable experience in 1941 when 616 flew on fighter sweeps over France as part of Douglas Bader's wing, achieving his first victory on June 26th, 1941, when he destroyed a Me-109. He soon emerged as an outstanding fighter pilot. A master of accurate deflection shooting, a skill he had developed as a child when he hunted rabbits with a shotgun. By September his score had risen to six (all Me109s) and he was awarded the DFC and was promoted to flight lieutenant and was given command of B Flight. He was given command of No. 610 Squadron, in July 1942, at Ludham and led them in support of the Dieppe raid (Operation Jubilee) on August 19th, 1942. During the Dieppe raid, he flew four sorties, got one enemy fighter and shared another. His forth sortie of that day was almost proved to be his last as he was set upon by a FW 190 with Italian markings. Forbidden to fly below 2,000 feet (ships had been ordered to fire upon anything below this altitude) Johnson dove and pulled out at ground level. Then, crossing the flaming beaches, he flew headlong into a barrage of anti-aircraft fire from a Royal Navy destroyer just offshore. Unscathed, he pulled up, over the ship and broke hard to search for his pursuer. How the Italian FW 190 fared he never knew.
In March 1943 he was appointed to lead the Canadian wing at Kenley. Attacking ground targets and acting as escorts to US Eighth Air Force B-17s on their daylight bombing missions. Johnson's Canadians produced ever increasing scores - in addition to Johnson's 14 kills and five shared between April and September.
However by September 1943, he had been in constant action since early 1941 and it was decided that he should be rested from operations and was appointed to the planning staff at No. 11 Group Headquarters. There he planned and often flew fighter sweep and escort missions.
After a six month rest, he was eager to get back on operations and in March 2nd, 1944 he was given command of another Canadian Wing, No. 144 Wing, No. 83 Group of the 2nd Tactical Air Force which became No. 144 RCAF (Fighter) Wing, a fighter/bomber unit comprised of 441, 442 and 443 Squadrons.
On D-Day he led four missions over the Normandy beachhead, and 2 days later the wing landed the first Allied fighters in France since 1940. By late June 1944 he surpassed the record 32 victories of "Sailor" Malan.
July 13th the three Canadian Spitfire Wings, 126, 127 and 144 were formed into two Wings, Nos. 126 and 127 with Johnnie Johnson commanding 127 Wing comprised of 404, 441 and 442 Squadrons of the RCAF.
In Normandy his wing supported the advancing Allied armies with strafing attacks and by taking on the enemy's fighters. Johnson's last combat victory came on September 27, 1944 in the skies over the battle for the Falaise Gap he claims his 38th and final aerial victory. Through 515 operational sorties he was never been shot down and had only once been hit by an enemy fighter, over France in August 1944.
Johnson ended his war in command of 125 Wing as Group Captain, which in May 1945 he led to Denmark to put on a victory air display. His wartime tally of 38 was exceeded only by that of the South African ace "Pat" Pattle, who was credited with 41 kills in the Middle East and Eastern Mediterranean before being shot down and killed in April 1941.

After Denmark, he was posted to Germany in command of No 124 Wing. In 1947, having reverted to the substantive rank of wing commander (the price of peace and a permanent commission), he was sent to Canada to attend the RCAF staff college at Toronto.
He served with the United States Air Force in the Korean War in 1950-51, where he was awarded the American Air Medal and the Legion of Merit. He returned to the RAF on January 1952, and became the first Station Commander of the newly opened RAF Wildenrath, Germany.
He was made a CBE on 1st January 1960 and a CB on 12th June 1965. He finished his RAF career prematurely in 1966 on completion of his tour of duty as Air Vice-Marshal and AOC, Middle East Air Force.
James Edgar (Johnnie) Johnson died on 30th January, 2001.

This officer has participated in forty-six operational sorties over enemy territory and has destroyed at least four hostile aircraft. Flying Officer Johnson has at all times shown great courage.

Since being awarded the Distinguished Flying Cross in September, 1941, this officer has participated in many sweeps over enemy territory, during which he has destroyed 2 Messerschmitt 109 Fs and damaged a Focke Wulf 190. He has also carried out a large number of convoy patrols. Flight Lieutenant Johnson is an exceptional leader and the magnificent example he sets is an inspiration to other pilots.
Received as a bar for on the ribbon of the first DFC.

This officer has led a wing on a large number of occasions and has displayed outstanding skill and gallantry. During an operation, one morning in May, 1943 his formation was heavily engaged by a large force of enemy fighters. In the ensuing combats 4 enemy aircraft were destroyed without loss. The same afternoon he took part in a similar sortie and 3 enemy fighters were destroyed, 1 of them by Wing Commander Johnson. The next day, this officer took part in another successful sortie. By his skilful and courageous leadership, Wing Commander Johnson contributed materially to the success achieved. He has destroyed at least 13 enemy aircraft.

Since being awarded the Distinguished Service Order this officer has destroyed a further 7 enemy aircraft and shared in the destruction of another. He is a relentless fighter whose brilliant leadership and outstanding skill have inspired all with whom he has flown. Within a period of 2 months, Wing Commander Johnson led large formations of aircraft on very many sorties during which 27 hostile aircraft were shot down and a large number were damaged.
Received as fist bar for on the ribbon of his first DSO.

Citation:
"Since being awarded a Bar to the Distinguished Service Order, this officer has led large formations of aircraft in many and varied sorties. During these operations 34 enemy aircraft have been destroyed several of them by Wing Commander Johnson himself. He is a magnificent leader, whose unsurpassed skill and personal courage have inspired all. 'Wing Commander' Johnson has destroyed at least 28 hostile aircraft."
Received as second bar on the ribbon of his first DSO.

Commander of the Order of the British Empire (CBE)

With "FRANCE AND GERMANY" bar. 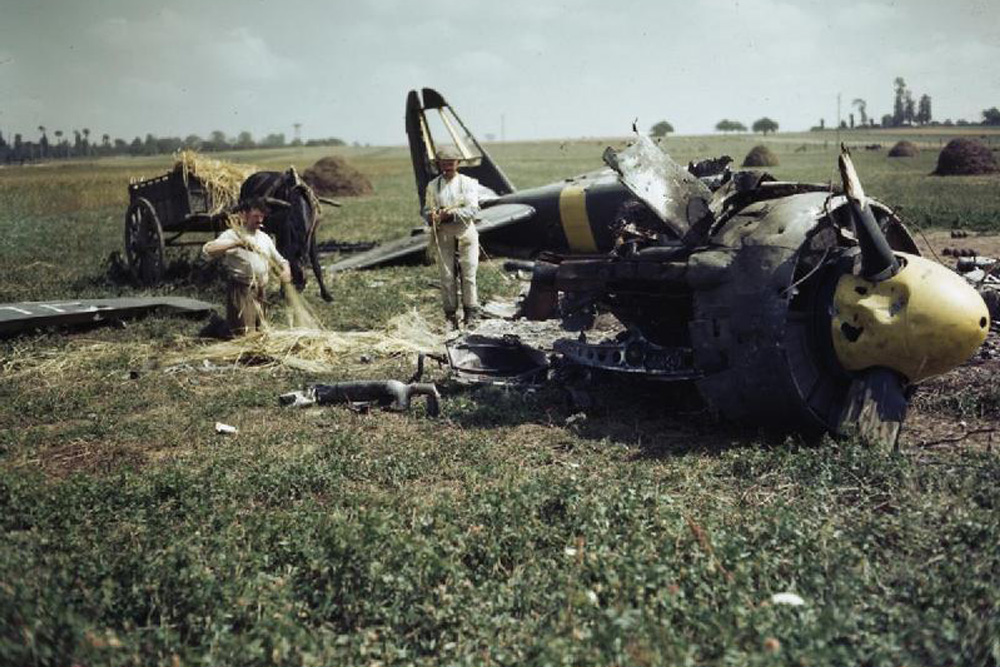 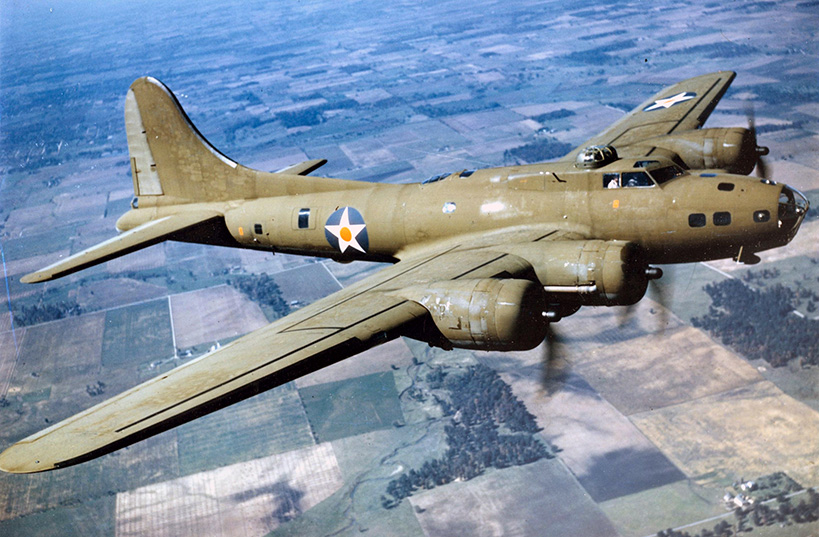