This Order was instituted on November 9th 1886 by Queen Victoria to reward individuals for meritorious or distinguished service in wartime. This is a military Order for officers only, and while normally given for services under fire or under conditions equivalent to service in actual combat with the enemy, between 1914 and 1916 it was awarded under circumstances which could not be regarded as under fire.

After January 1st 1917, commanders in the field were instructed to recommend this award only for those serving under fire. Many DSOs were awarded to squadron commanders for a long period of leadership but in some cases it was awarded to junior officers for just one operation.
Prior to 1943, the Order could be awarded only to someone Mentioned in Despatches. The Order is generally given to officers in command, above the rank of Lieutenant-Colonel and awards to ranks below this are usually for a high degree of gallantry just short of deserving the Victoria Cross. The Royal Warrant for this award was published in the London Gazette on November 9th 1886.

A bar is awarded for an act which would have merited the Order in the first place. The bar is plain gold with an Imperial Crown in the centre. The year of conferment is engraved on the reverse of the bar.

A rosette is worn in undress uniform to signify the possession of a bar.The award is issued unnamed, but some recipients have privately had their names engraved on the back of the award or suspension bar. 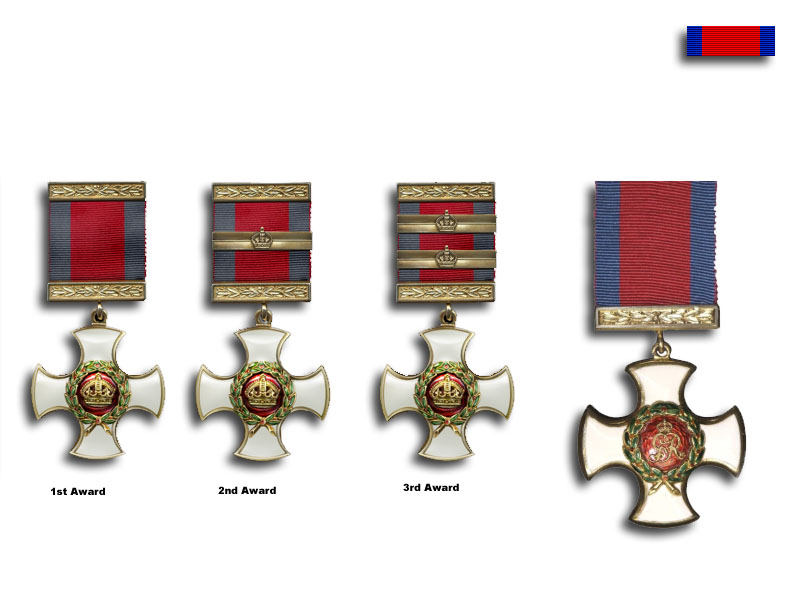