Citation:
"For conspicuous gallantry and intrepidity in action while serving as Amphibious Scout and Beach Marking Officer during the amphibious assault at Salerno, Italy, on September 9, 1943. Displaying great daring and outstanding skill, Lieutenant (then Lieutenant, Junior Grade) Galloway placed his craft in the center of the landing beach within two-hundred yards of enemy machine-gun emplacements. When intense hostile fire swept the area as the first wave of boats attempted to land, he coolly directed the "firing of a rocket barrage, overcoming immediate enemy resistance and enabling our forces to beach successfully. Lieutenant Galloway's inspiring leadership and tenacious devotion to duty in the face of grave peril were in keeping with the highest tradition of the United States Naval Service." 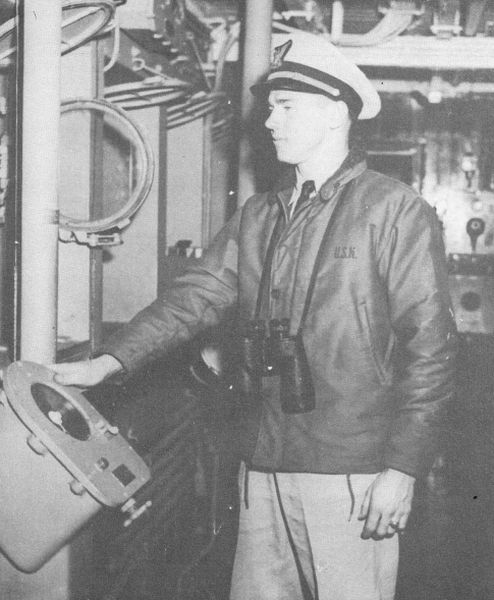