The President of the United States of America, authorized by Act of Congress, July 9, 1918, takes pride in presenting the Silver Star (Army Award) (Posthumously) to Captain Noel Oker Castle (MCSN: 0-5323), United States Marine Corps, for gallantry in action against the enemy while Commanding Company D, Fourth Marines, in action at Corregidor, Philippine islands, on 5 - 6 May 1942. On that date, Captain Castle was supervising the re-installation of damaged beach defense weapons in the east sector, Corregidor, at the time when the Japanese launched their landing attack against the island. During the intense bombardment supporting the attack, Captain Castle, by his example of personal bravery and outstanding leadership, encouraged his men to resist to the utmost against overwhelming odds, with the result that a larger number of casualties were inflicted on the enemy. When the crew of a machinegun, which had been firing against the advancing enemy, was so reduced by casualties as to be unable to continue to man its gun, Captain Castle personally manned the gun and continued firing until he was killed. Captain Castle's gallant actions and dedicated devotion to duty, without regard for his own life, were in keeping with the highest traditions of military service. 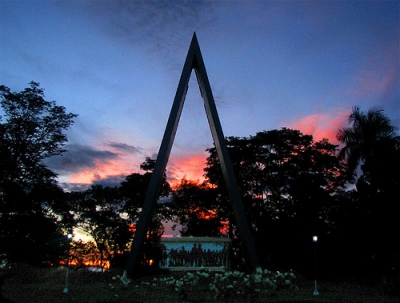