The President of the United States takes pleasure in presenting the Navy Cross to Victor H. Krulak (0-4990), Lieutenant Colonel, U.S. Marine Corps, for extraordinary heroism and distinguished service as Commanding Officer of the Second Battalion, First Marine Parachute Regiment, during operations on Choiseul Island, Solomon Islands, 28 October 1943 to 3 November 1943. Assigned the task of diverting hostile attention from the movements of our main attack force en route to Empress Augusta Bay, Bougainville Island, Lieutenant Colonel Krulak landed at Choiseul and daringly directed the attack of his battalion against the Japanese, destroying hundreds of tons of supplies and burning camps and landing barges. Although wounded during the assault on 30 October he repeatedly refused to relinquish his command and with dauntless courage and tenacious devotion to duty, continued to lead his battalion against the numerically superior Japanese forces. His brilliant leadership and indomitable fighting spirit assured the success of this vital mission and were in keeping with the highest traditions of the United States Naval Service.
SPOT AWARD, Serial 02132 (SofN Signed March 9, 1944).

The President of the United States of America takes pleasure in presenting the Legion of Merit with Combat "V" to Lieutenant Colonel Victor Harold Krulak (MCSN: 0-4990), United States Marine Corps, for exceptionally meritorious conduct in the performance of outstanding services to the Government of the United States while serving as Operations Officer of a Marine Division preliminary to and during operations against the enemy on Okinawa Shima, Ryukyu Islands, from 10 November 1944 to 21 June 1945. Prior to the Okinawa operation, Lieutenant Colonel Krulak planned and supervised the training of a newly formed division, overcoming severe handicaps to bring it to a state of complete readiness for pending operations. During the operation his advice to the Commanding General was of immeasurable value, being always sound, and based upon comprehensive and excellent tactical judgment and a consistently complete grasp of the situation. To better acquaint himself with the situation he exposed himself to enemy artillery and small arms fire in frequent visits to front line units. His coordination of subordinate units and supporting area contributed materially to the success of this difficult operation as did his preparation and rapid dissemination of excellently conceived operations orders. His professional ability and devotion to duty were outstanding and his actions throughout were in keeping with the highest traditions of the United States Naval Service. (Lieutenant Colonel Krulak is authorized to wear the Combat "V".)
General Orders: Commanding General FMF Pacific: Serial 61803.
With "V" device for valor.

"For exceptionally meritorious conduct in the performance of outstanding services to the Government of the United States while serving with the FIRST Marine Division during operations against the enemy in Korea from 29 June to 25 November 1951. Serving as Chief of Staff, Colonel Krulak exhibited superlative competence in preparing, supervising and coordinating the work of the staff. His personal reconnaissance, often under enemy fire, enabled him to formulate sound and extremely successful plans for presentation to the Commanding General. Constantly seeking potential means of improving the tactical situation, he planned and supervised the deployment and supply of ground forces by means of helicopter in the mountainous terrain on the eastern front. His outstanding professional skill and aggressive leadership were an inspiration to all who served with him and contributed materially to the success achieved by the Division. Colonel Krulak's exemplary conduct was in keeping with the highest traditions of the United States Naval Service"
Commanding General 1st Marine Division: Serial 33409. With "V" device for courage. Gold Star in lieu.

"For exceptionally meritorious conduct in the performance of outstanding services to the Government of the United States during the period 16 February 1962 through 1 February 1964. As Special Assistant for Counterinsurgency and Special Activities of the Organization of the Joint Chiefs of Staff, an assignment which embraced most sensitive and critical political and military facets vital to interests of the U.S., General Krulak had displayed superior acumen. During this period dangerous international crises and confrontations were recurrent. By extraordinary initiative, relentless devotion to duty and application of superb professional skills, General Krulak played a significant role in the development and successful accomplishment of national actions, programs and strategies. Deserving of particular note was his brilliant staff work in direct support of the President of the United States, the Secretary of Defense, the Chairman, Joint Chiefs of Staff, and the Joint Chiefs of Staff during the recent Cuban and current South Vietnam confrontations and in the development and reorganization of the national policies and strategies. Upon completion of this tour of duty, General Krulak leaves a heritage of inspired example and accomplishment which reflects great credit upon himself, the military profession and the Government of the Unites States."
2nd Gold Star in lieu

"For exceptionally meritorious and distinguished service in a position of great responsibility to the Government of the United States, as Commanding General, Fleet Marine Force Pacific, from March 1964 to November 1967. During his three and one half years as Commanding General the Marine commitment in Southeast Asia grew from less than a thousand Marines to more than 75,000 in 1967. Simultaneously the strength of the Fleet Marine Force Pacific expanded from 72,000 to more than 123,000 Marines in three Marine Divisions, two Marine Aircraft Wings, a Force Logistic Command and other major supporting units. Tasked with the responsibility of maintaining the units of the Fleet Marine Force Pacific in a continual state of combat readiness during a period of rapid expansion and unprecedented demands, his vision, exceptional leadership and remarkable command ability were of inestimable value in achieving the superb combat posture of the Force in the largest commitment since World War II. Due largely to Lieutenant General Krulak's exceptional wisdom and superior professional skill, this period of rapid growth was characterized by a brilliant anticipation of requirements and thorough preparations to meet every commitment. As a result of his comprehensive analyses, the Marine Corps was able to lead a force fully trained and equipped in the Republic of Vietnam within forty-eight hours after receipt of the initiating directive. Throughout the period prior to and during the rapid buildup of Marine Forces in Vietnam and nearby support bases, Lieutenant General Krulak made repeated trips to the Western Pacific to observe personally tactical operations in the field, study conditions confronting combat unit commanders, and consult with key persons in the combat zone. Seemingly tireless in his efforts and exhibiting a compassionate concern for the welfare of his Marines engaged in combat, he traveled in excess of hone half million miles and spent more than 200 days with his units in Vietnam. The intricate understanding that he derived from these visits enabled him to ensure that the combat operations in which Marine units were engaged were not hampered or delayed by lack of supplies, equipment or personnel. Displaying exceptional organizational ability and foresight, Lieutenant General Krulak developed the concept of the Force Logistic Command, taking maximum advantage of existing organizations and resources to provide a greatly expanded logistic base specifically adapted to the combat operations in Southeast Asia. Tasked with the responsibility of maintaining Marine forces committed to Vietnam in a continual state of personal readiness, he skillfully devised and implemented programs which have assured the efficient replacement of units and the orderly rotation of over 300,000 Marines to and from Vietnam. His highly successful organization of Western Pacific transient centers has prepared Marines for the demands of combat environments while providing for their personal welfare and interests. Maintaining an extremely arduous schedule, Lieutenant General Krulak exhibited a deep compassion for his troops, making repeated visits, day and night, to medical evacuation aircraft transiting Hawaii with wounded Marines en route to hospitals throughout the United States. He was the principal architect in the establishment and continual expansion of the Marine Corps Civic Action Program which has contributed materially to the alleviation of the suffering of the Vietnamese people and assisted them in embarking on the rebuilding of their nation. Completely dedicated to the realization of the goals of his government, he brought to his duties a degree of determination, wisdom and consummate professional skill which resulted in a major contribution to the effort of the Allied Forces in Vietnam. By his brilliant leadership, resourcefulness and his selfless devotion to duty throughout, Lieutenant General Krulak rendered distinguished service to his country and upheld the highest traditions of the Marine Corps and the United States Naval Service." 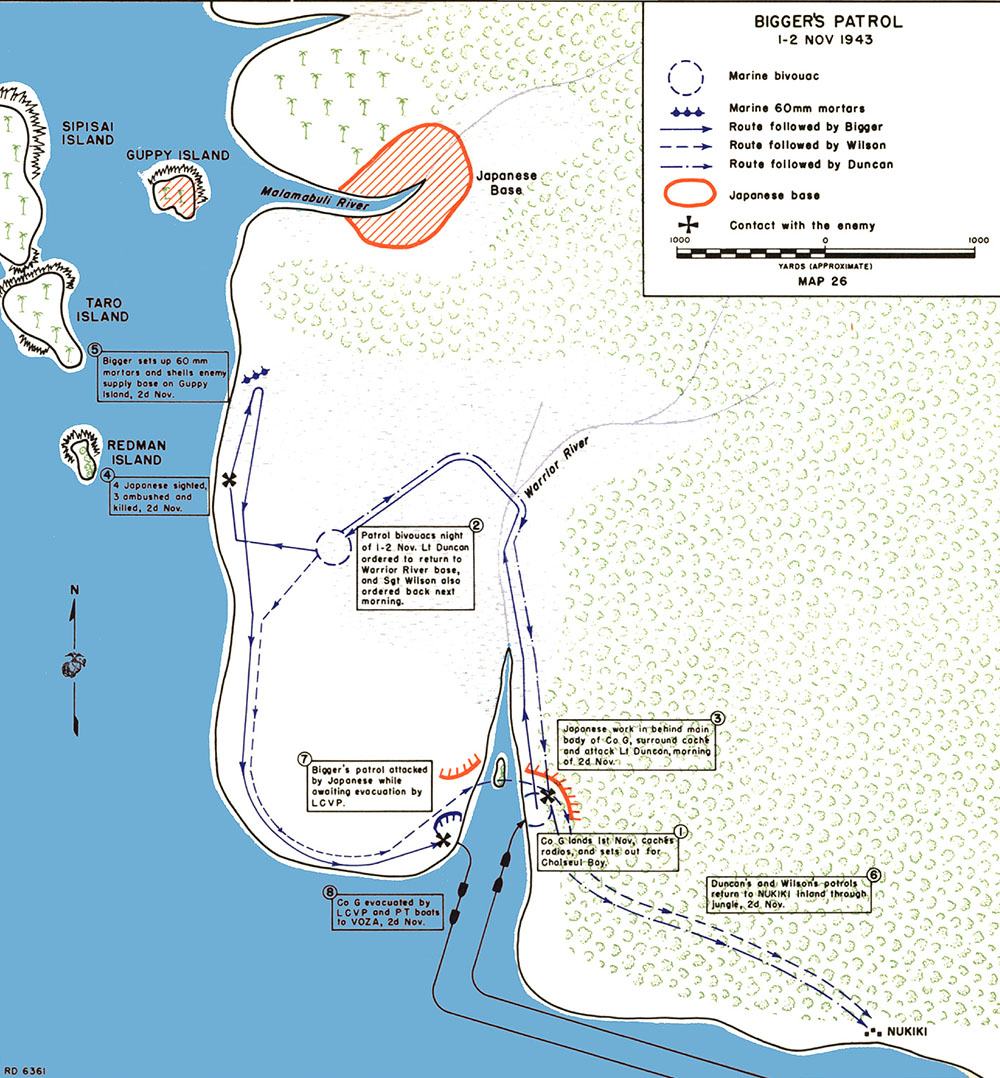 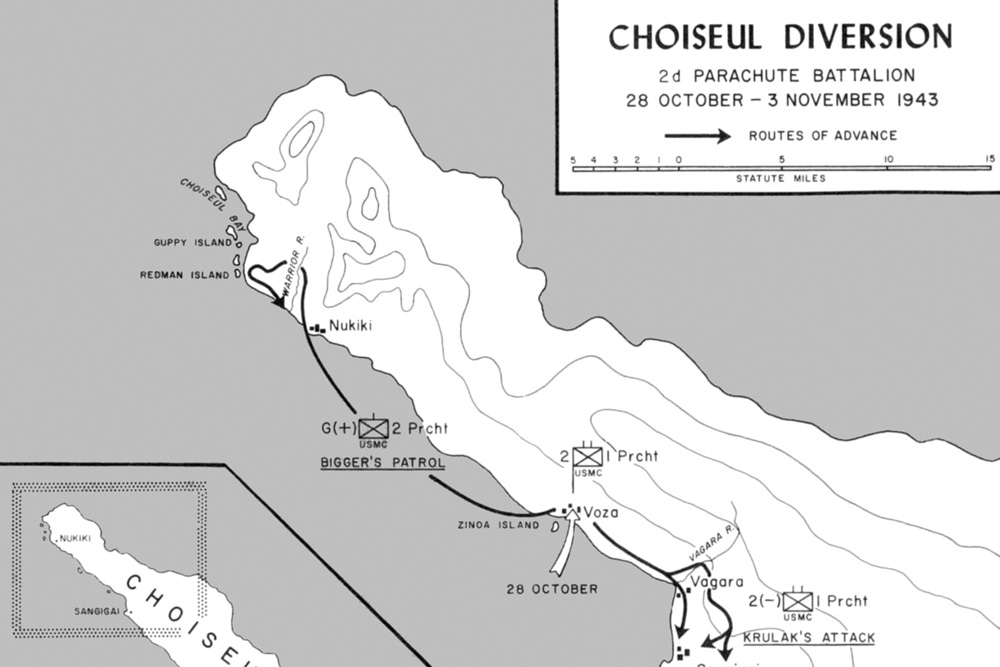