Ksaj Birksted achieved a total of 10 victories and one shared victory.

Citation:
"Major Birksted, who has taken part in 45 sorties, had led his flight, and on occasion his squadron, with great courage and efficiency, and has destroyed 2 and damaged 1 enemy aircraft. He is held in great esteem by all pilots not only for his unselfishness and generosity but also for his cleverness in dealing with any problem relating to flying personnel. His organising ability and quickness to solve any difficulty are exceptional."

Citation:
"Major Borksted commanded No. 331 Squadron from August, 1942, until April 1943, om Completion of his first operational tour. He led the Squadron on more than 60 offensive operations, including 11 during which he led the wing, and during the whole period the Squadron destroyed 17, probably destroyed 8 and damaged 23 ennemy aircraft. On 12th March, 1943, he led the Squadron to interrupt enemy raids in the Thames Eustuary and by his brilliant leadership the enemy were engaged, 6 enemy aircraft being destroyed and 4 damaged. He then spent two months as an instructor at the Fighter Leaders School and due to the conscientiousness and energy with with he carried out his instructional duties he was to a considerable extent responsible for the School's success. Major Birksted returned to North Weald in Juli, 1943, and was appointed Wing Commander Flying in August. Since that date the Wing destroyed 39, probably destroyed 5 and damaged 18 enemy aircraft for the loss of four pilots. 19 of these enemy aircraft were destroyed, two probably destroyed and 9 damaged during October, 1943, without loss. This exeptionally fine achievement was largely attributable to Major Birksted's brilliant leadership in the air and to his conscientious work and sound organisation on the ground. Not only is he a very fine pilot, a resourceful tactitian and a courageous wing leader, but he is a first class officer who, by his magnificient example, is an inspiration to all with whom he comes into contact. His keenness and efficiency are outstanding. Since his appointment as Wing Commander Flying he has personally destroyed 5 and damaged 3 enemy aircraft, bringing his score to 8 destroyed, 1/2 probably destroyed and 5 damaged. In all Major Birksted has carried out 178 operations over enemy territory of which 130 have been carried out since the award of the D.F.C."

Officer of the Order of the British Empire (OBE)

Citation:
"Lieutenant Colonel Kaj Birksted, DSO, DFC, H.Q. 11 Group: Lieutenant Colonel Kaj Birksted, DFC, DSO, has flown some 500 operational hours in command of a Norwegian Squadron and the Norwegian Spitfire Wing. Since March 1944, he has been responsible for advising the Air Officer Commanding (AOC) and for the planning of all major Air Operations. This period covers the intensive Fighter Operations in support of the invasions of Normandy, Arnhem, and the day to day cover to R.A.F. Bomber Command daylight attacks upon targets in Germany. His practical knowledge of Air Fighting and Tactics, combined with his quick thinking, sound judgement and devotion to duty has been of invaluable service." 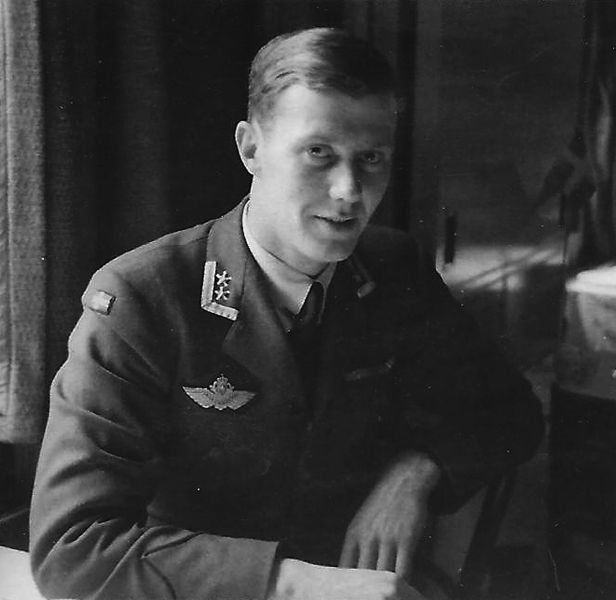