This bronze coloured version carries swords to the common design and a Laurel wreath.
It was awarded tot those who were in active military duty during battle on land, by sea or in the air. Known is that 6.202.883 examples were awarded, not included those who were still in active duty. Therefore the total number must be much higher. Until 1944 the award was still awarded. There are black versions of the decoration known. 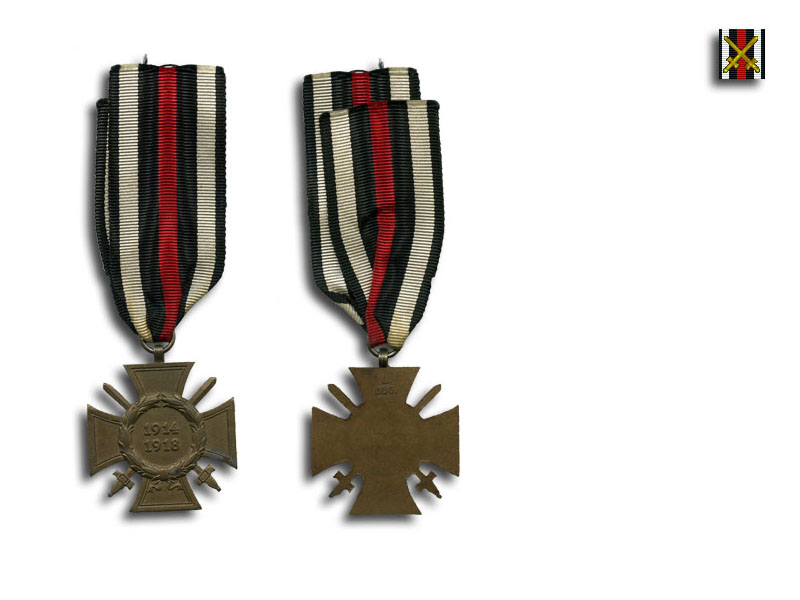